In China, ‘mold making’ and ‘casting’ are familiar terms. Do they ring a bell to you? If you ever wondered how stuff is made in such a uniform shape, then you probably know it’s all thanks to mold making and casting! It’s a process that allows the same product to be formed numerous times consistently. Usually, manufacturers use this process to create items from plastic, glass, metal, clay, epoxy, concrete, and/or plaster materials.

If you want more information, then dive right in and learn everything you need to know about China’s mold making process. 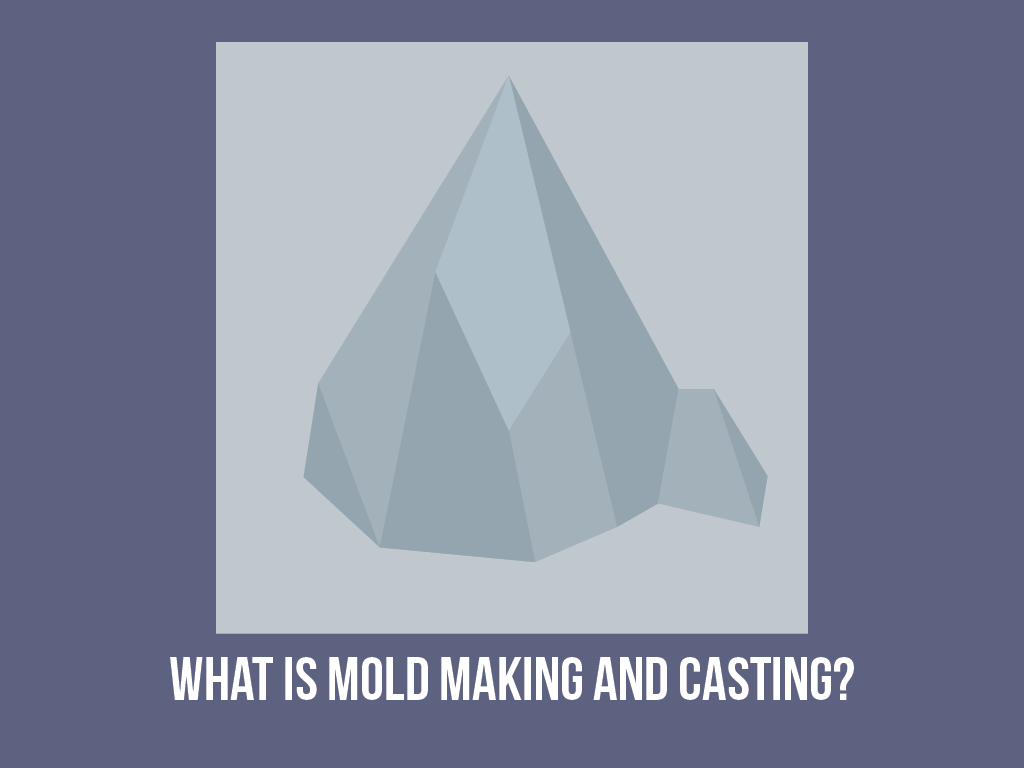 What is Mold Making and Casting?

In order for your beloved products to be formed into a uniform shape, a mold of it had to be made first. This is basically a block that had a hollow cavity that is formed into the desired shape, creating whatever product is needed. With a mold, casting can be done; and no, this does not refer to when film directors pick actors for roles in their shows.

In the world of manufacturing, casting is the act of pouring a liquid or pliable material into a mold so that it can take the shape of its cavity. This will then be hardened so that it will permanently stay in that form. Usually, a chemical or release agent is used so that the mold and the liquid/pliable material won’t bond together. The result will be a solidified object that is also known as the casting.

There’s an entire global manufacturing industry that focuses mainly on mold making in China! It is run by sculptors and molders from all over the world. These same artists and manufacturers are responsible for creating their own tools and equipment. The kiln and the furnace are two of the most important pieces among their tools. Most of the time, you will find this in a foundry, which is a factory that focuses on creating metal castings. 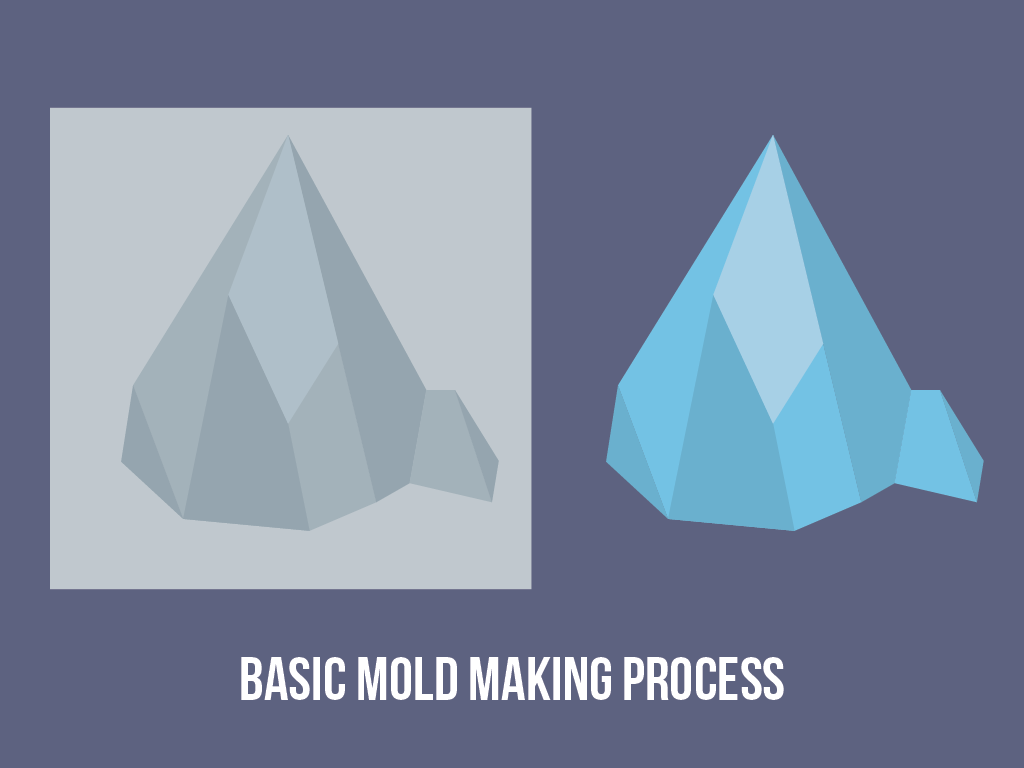 There are two basic mold making and casting processes. They are the following: 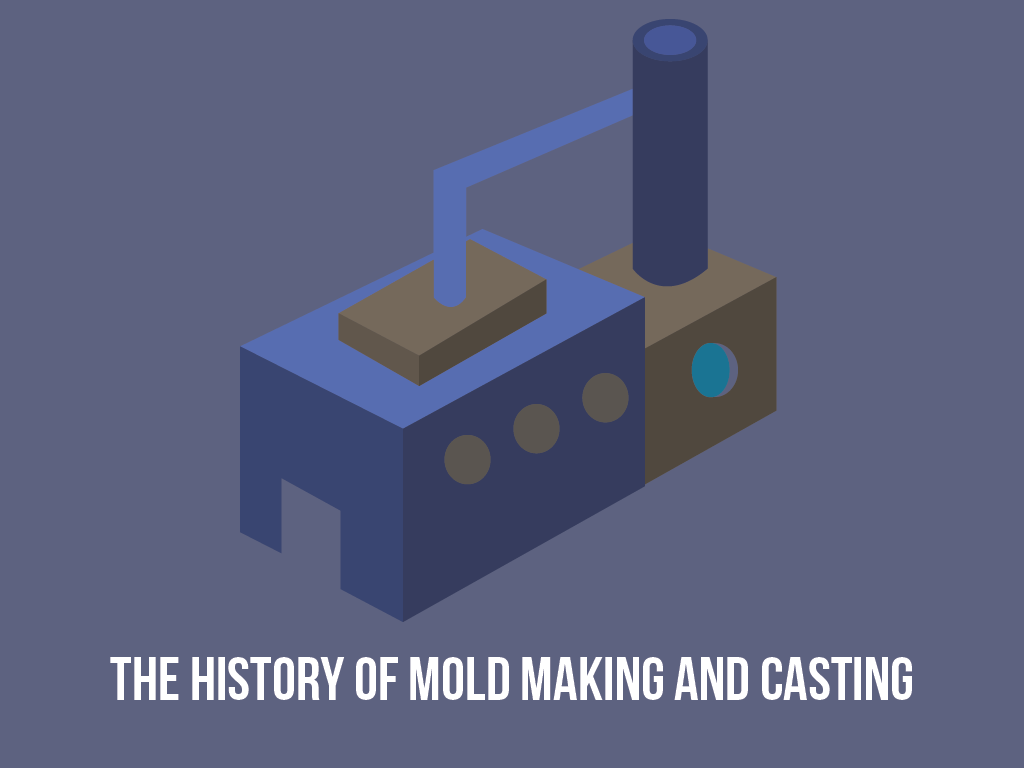 Mold making is actually a technique that has been around for 6000 years! This means that it was and still is such a useful process that it survived millennia of technological advancements and is still relevant today; talk about not fixing what’s not broken!

The oldest casting ever found is actually a copper frog that came from 3200 BC Mesopotamia. This is pretty believable since many prehistoric art themes are based around animals. It is thought that copper castings began being made when melted copper was discovered. But before this even happened, the prehistoric people already had ample knowledge in creating pottery. Using this along with melted copper, they shaped it by using molds created from clay, sand, and stone. This was the first instance of China’s mold making in history.

This was confirmed when stone molds were discovered by archaeologists. These came from 3000 BC and were used to make axes. From the artifacts they found, they hypothesized that two identical molds would be tied together to form one closed mold. A hole on top of this is where liquid metal — such as melted copper — would be poured into. Later on, more discoveries were made which confirmed that this technique (used today and referred to as bi-valve molding) is what was used to create many cast weapons and tool. Thus, China’s mold making and casting were essential to man’s survival during that time. Without the tools and weapons, people had no other means to gather, hunt, and fight efficiently. 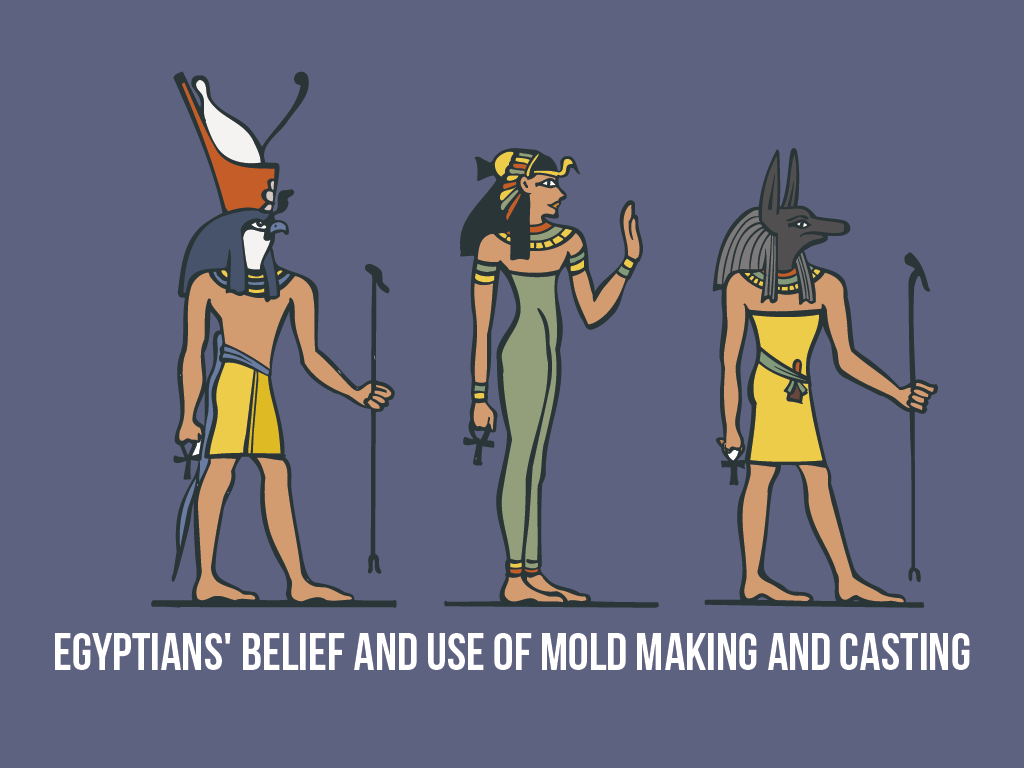 Egyptians’ Beliefs and Use of Mold Making and Casting

In the same millennium, the Egyptians made advancement in casting methods in order to be able to commemorate their deceased. They did this by plastering the heads of their mummies to make a mold. In turn, they used this to make castings, which became their way of remembering those who have fallen.

They also believed in birth after death and that the latter is just a temporary state into your new life. This is why they preserve bodies through mummification in order to attain eternal life for the fallen. They also believed this would happen when they offer objects to the mummies, such as jewelry and statues. Of course, in order to make these objects, they would have to resort to mold making and casting. It just goes to show how the previous Egyptians believed in the connection of material things to the soul. 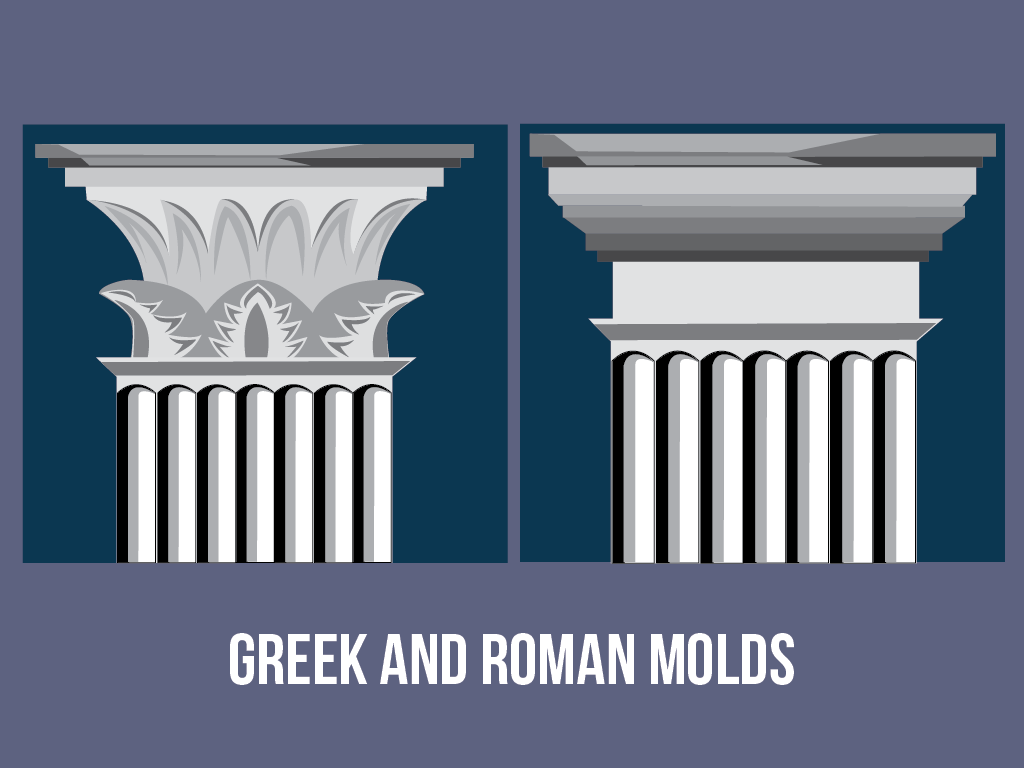 Ever since ancient times, the Greeks and Romans used plaster molds to create their castings. It was a fundamental medium in which they would replicate their art.

During this time, the technique of hollow lost wax casting was created. This was created in order to be able to make large and freestanding bronze castings. The process involved the very first known use of piece molding as the individual body parts of the sculpture would be made first before putting them all together. These were made with a clay core that would roughly be formed in the body part it is meant to depict. Then, iron rods would be used to stabilize it. Afterwards, a layer of wax would be coated around it. Vents would be placed on this core to help make this model even. From here, a layer of clay would be added to it. The wax would make sure that the clay wouldn’t bond with the clay core. This would then be heated to remove the layer along with wax. The layer would keep the inner shape of the clay core; thus, creating a hollow mold. This would then be heated to harden it further and burn off any wax residue. This would then be filed with metal to recreate the casting consistently.

The Romans highly valued these Greek statues. Their artists recreated these with marble and bronze by using plaster molds. These would then be shipped to sculpture workshops all over the Roman Empire. Thus, production of the same shapes of statues could be done on a larger scale. With such a prevalence of beautiful sculptures, these were used to decorate and fill up public spaces such as theaters and public baths. These even survived longer than their Greek origins as those were melted down eventually – you can say that the replicas are proof that the original existed. 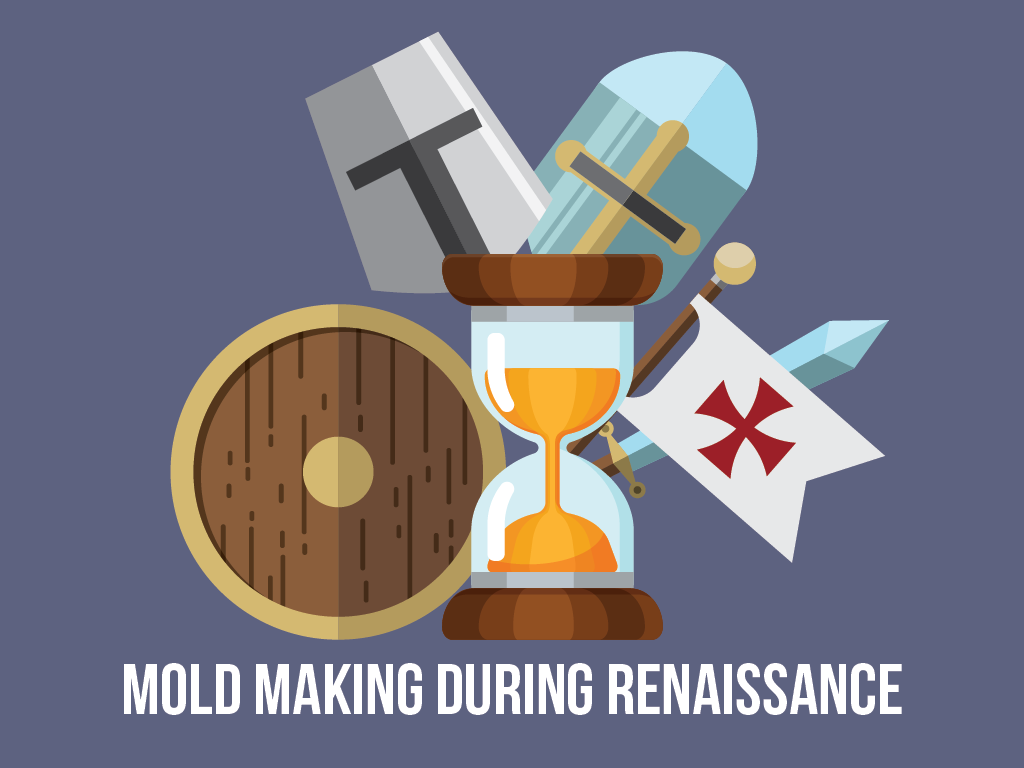 China’s Mold Making During the Renaissance

The act of creating plaster casts continued for the people of the Renaissance period. In fact, they used the molds from Ancient times to create their own. These replication molds were made from wood, terracotta and even plaster as well. As for the casting, plaster seemed the way to go during this time. It was a material that allowed for quick reproduction because of how easy it was to create. These plaster casts filled up the home of many artists, scholars, and royals at the time.

Florence, Italy was central to the Renaissance and this is where the famous sculptor Donatello was from. In 1430, he created the famous “David” statue. It was his homage to the biblical hero, who slayed Goliath. It was a delicate version of the icon that had feminine features, a helmet, and a large sword. This was the very first freestanding bronze statue in the West. It was placed in the Medici Palace Courtyard. 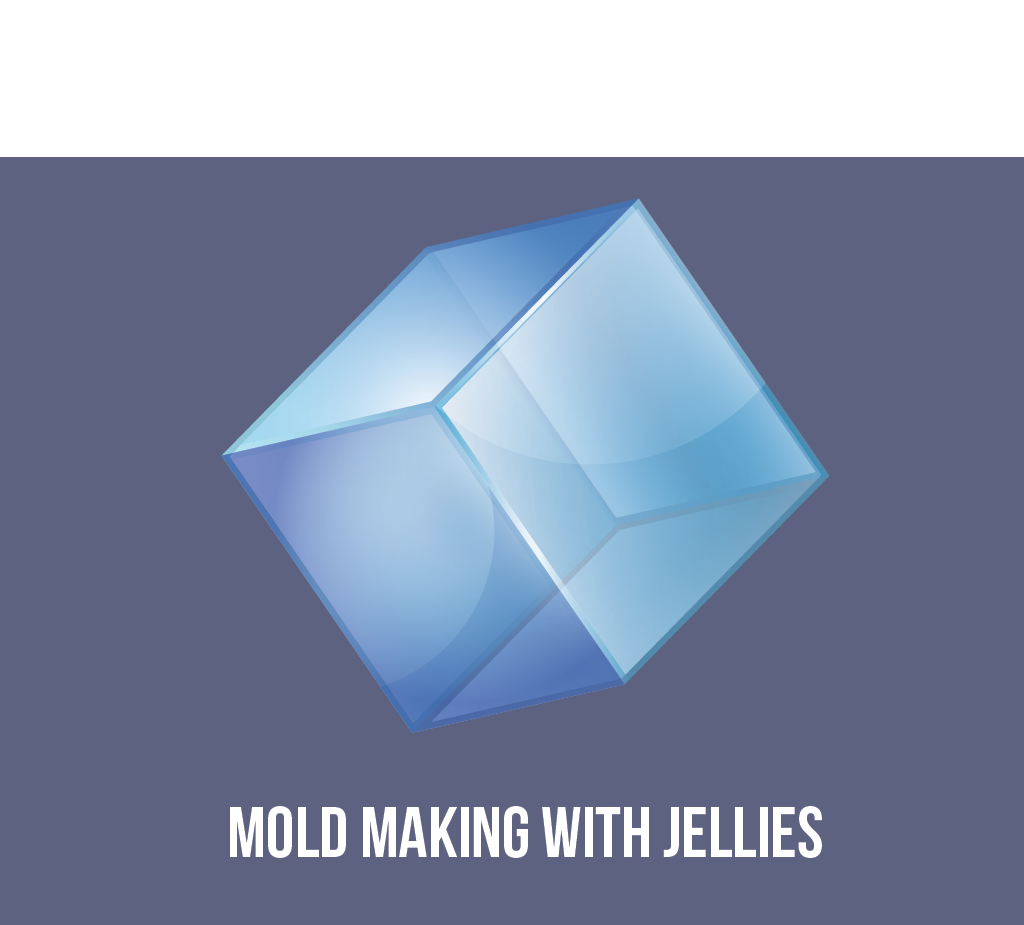 Not only is mold making in China a central technique for fine art sculptures, but it was also used to create “fancy jellies.” These delicacies were made during the 17th century and were created using molds. These were based off of fossils and created many extravagant shapes of the delicacy. Often, they were being used to decorate tables. Eventually, these types of molds were used to create glass, tin, and brass castings. 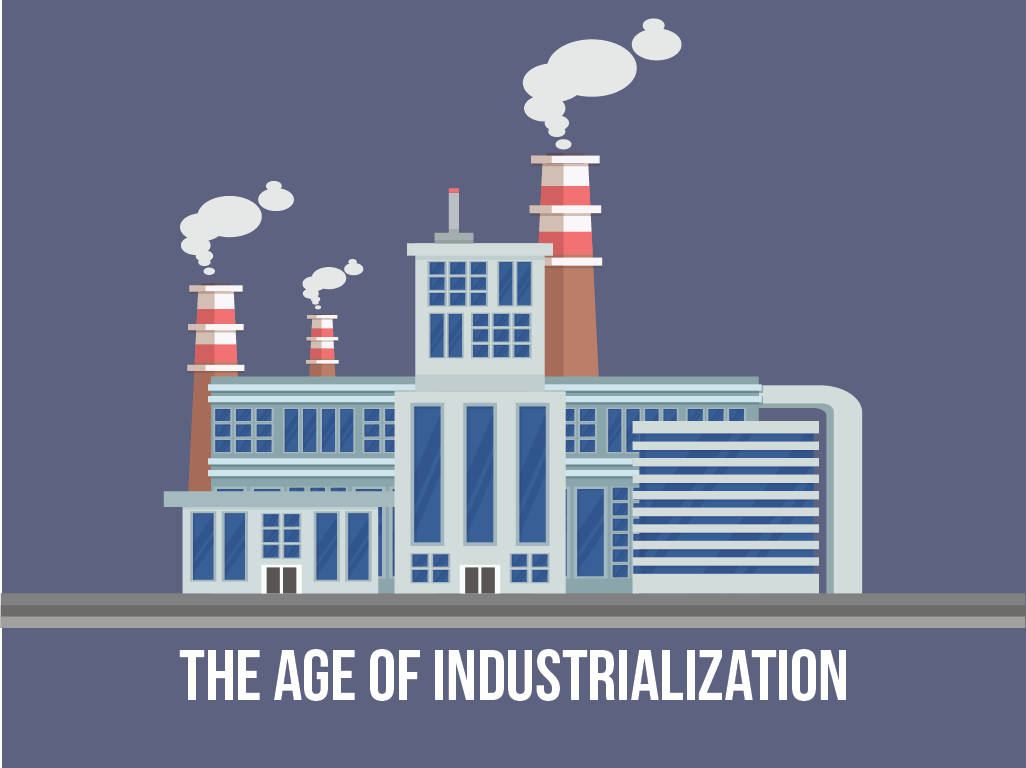 The Age of Industrialization

Mold making and casts played a vital role again in art during the Age of Industrialization (19th century). Since machines could replicate many objects, it was thought that the art of creating was being lost. The Victoria and Albert Museum in London banded together with the goal of educating the public with this art. Plaster casts of sculptural masterpieces play an important role in this goal. 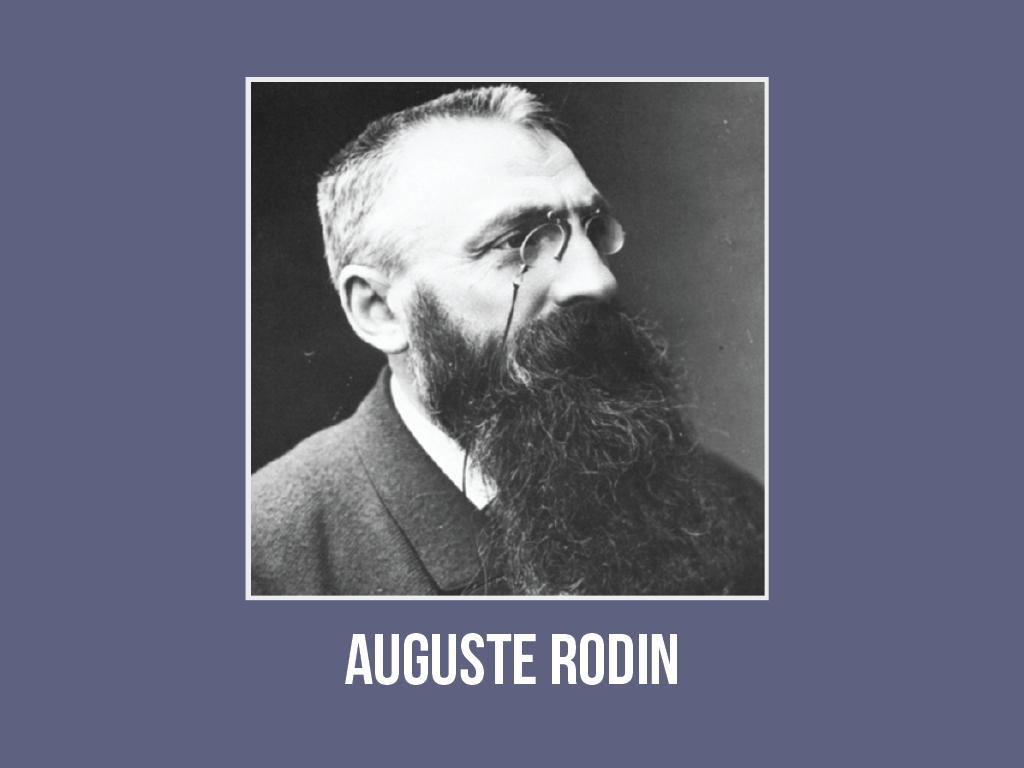 This man was a French sculptor that helped to meet the demand for public sculptures during the 19th century. With a team of casters, carvers, and founders, he was able to provide multiple large bronze castings of his work, which made it able to be viewed by large audiences. They often used the hollow sand casting technique because it was more commonly used in the foundries of that time. In this technique, a cast is pressed into sand to create a negative imprint. Then a smaller version of the cast will be placed within the mold and secured with pins. This allowed for molten bronze to be poured in between the space, creating a hollow cast.

He perfected his works by first making them into clay and plaster before creating the mold that would form the bronze versions. Thus, for one piece of art, he would create multiple casts. He even created castings of body parts which he would put together, so he can experiment to see which would go best with other parts. The result of this is one of his masterpieces known as the “Burghers of Calais.” 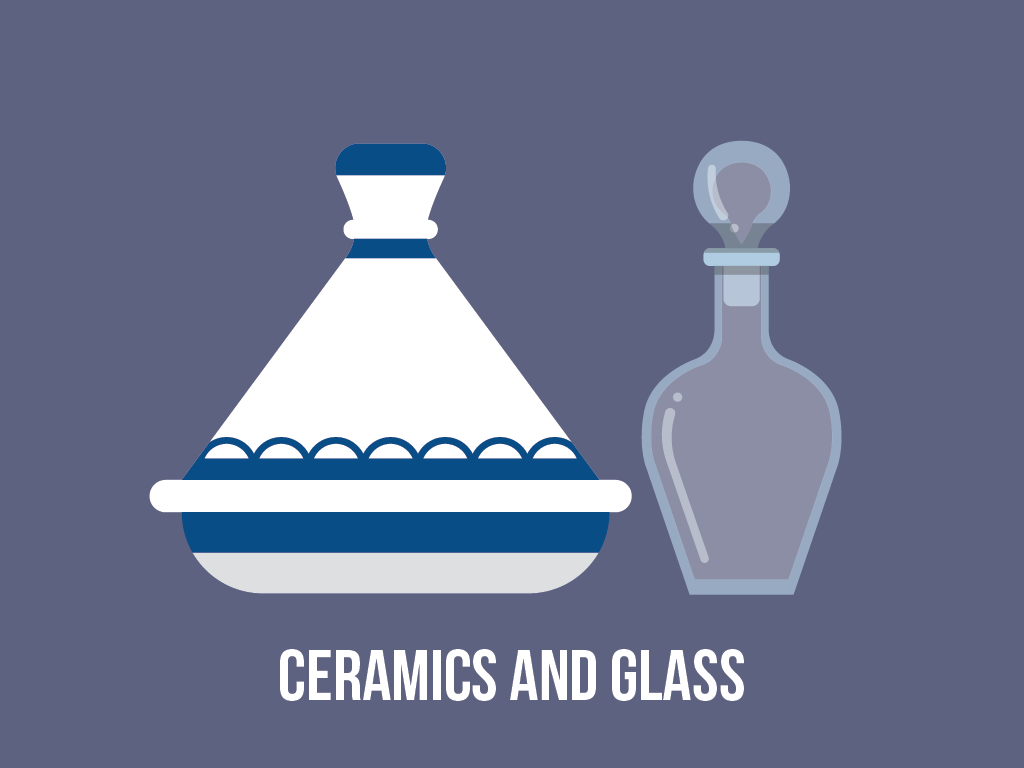 One of the biggest functions of mold making and casting is to create tableware. These would often be created by using ceramic and glass material. Often these would be made with a technique called slip casting. This involves pouring liquid clay slip into a plaster mold. Then the casting would be glazed in a kiln. For this technique, solid cast molds are used for the handles and plates, while hollow cast molds are good for cups and vases. 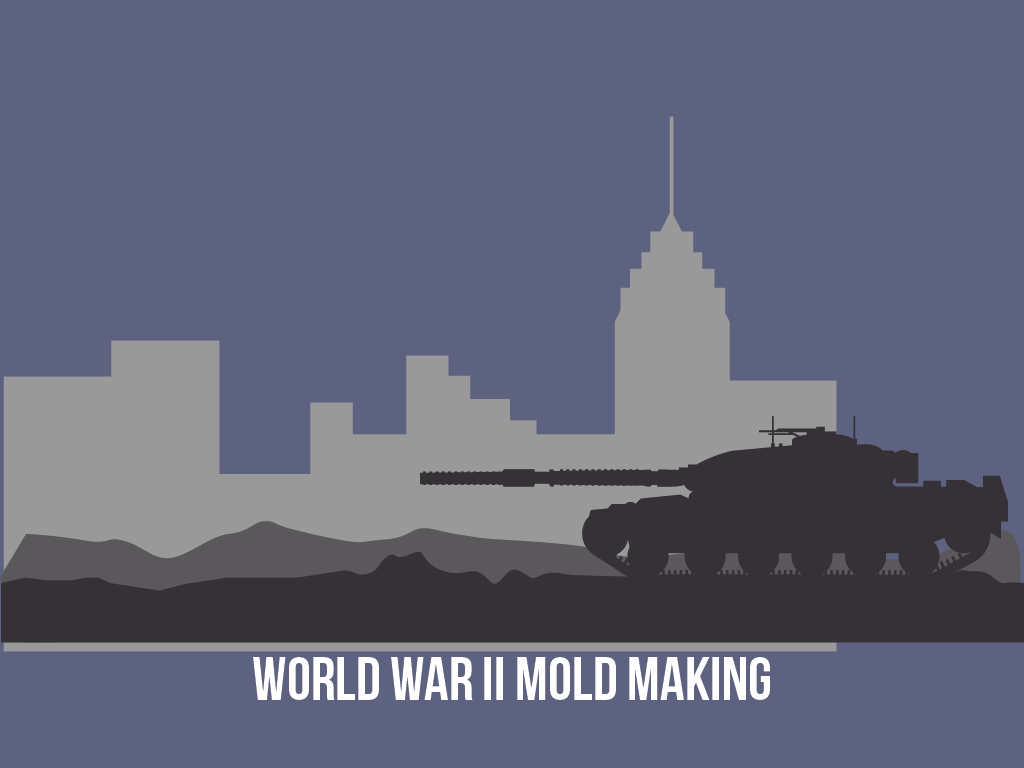 Just like the prehistoric man, the people that lived during World War II looked to mold making to help them survive. Being able to produce the most weapons was essential to winning battles and training soldiers. Thus, multiple molding companies and factories were created to meet the demand. These were so efficient that, even after the war, they were still being used. Instead of creating weapons, these factories became production lines for creating plastic casts.

During the aftermath of the war, there was a big demand to able to inexpensively mass produce objects. This was when injection molding was created. Everything from structural, mechanical, and automotive parts, to packaging, musical instruments, toys, and one-piece furniture items were easily mass-produced with this technique. It involves a screw type plunger that forces its way into the mold and injects plastic into it. When it solidifies, it creates a perfect cast.

Now that you know the rich history behind China’s mold making and casting, you know how important it is in creating the products that we know and love today. In the end, the hard part is creating the mold, but the casting is relatively easily once this is done. In fact, when you have the perfect mold created, you can easy create your own products!

Afterwards, you can contact us here at Richfields Corporation Limited. For more information regarding this, click here! You may also check out all our products and services by visiting this page! 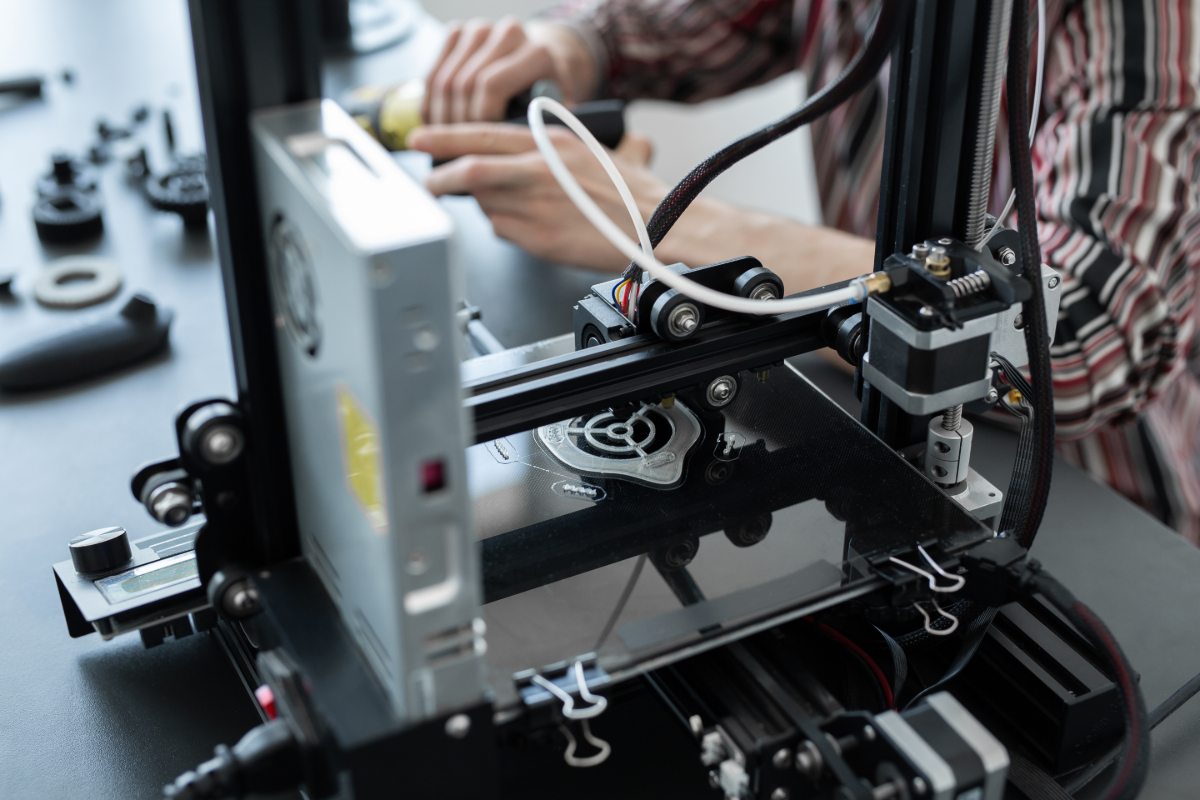 3D-Printed Plastic vs. Metal Tooling: Which Do I Use? 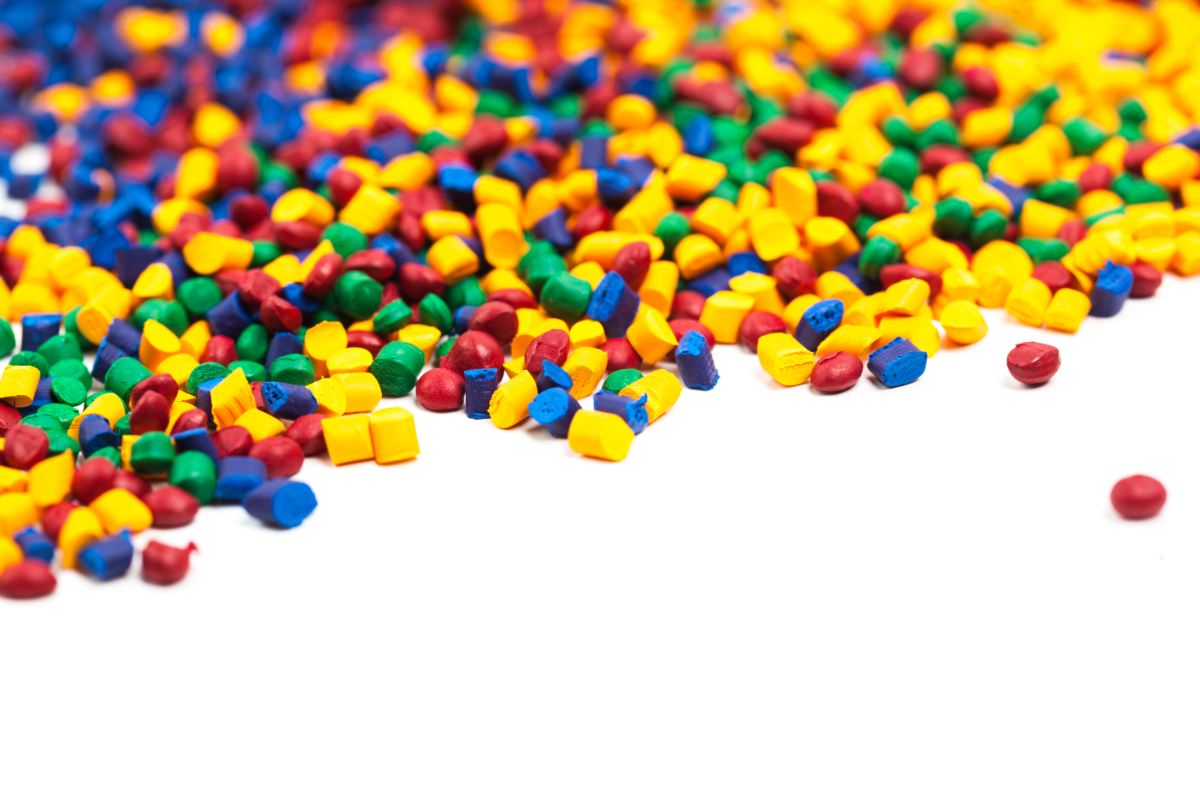 6 Ways Your US Injection Molder Can Help Manage Cost 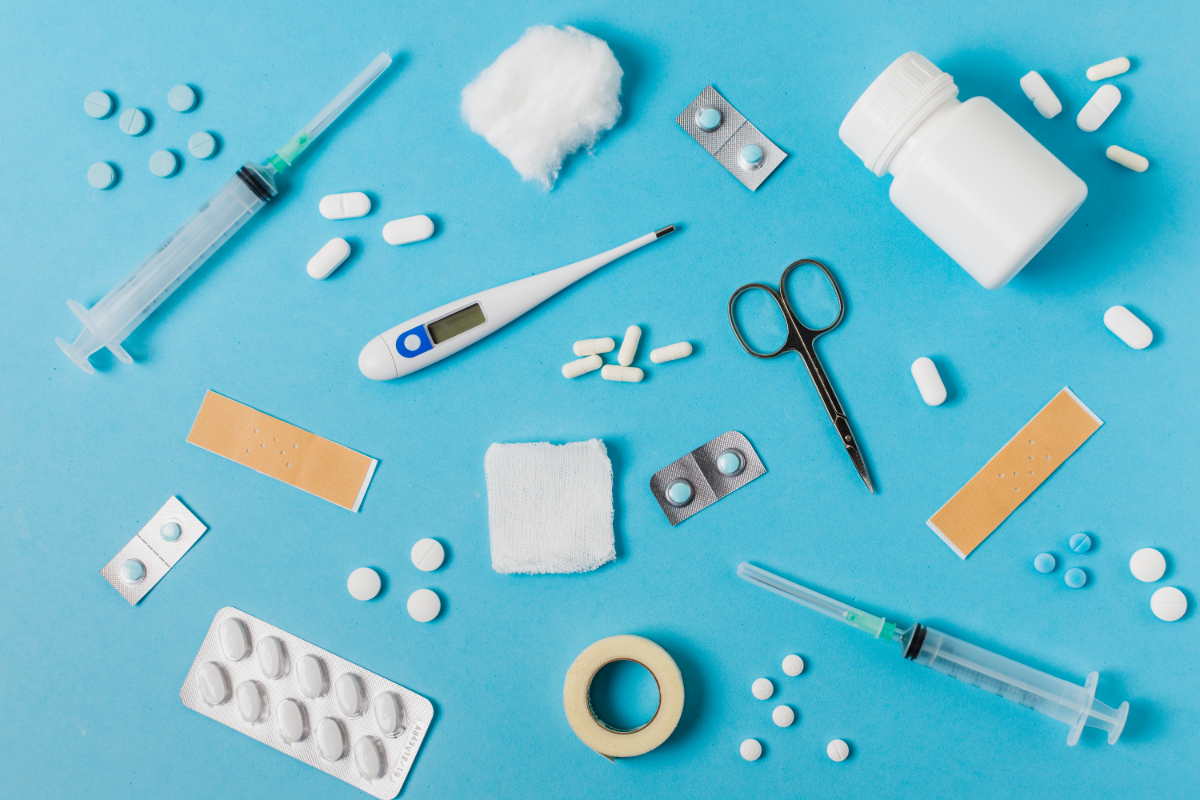 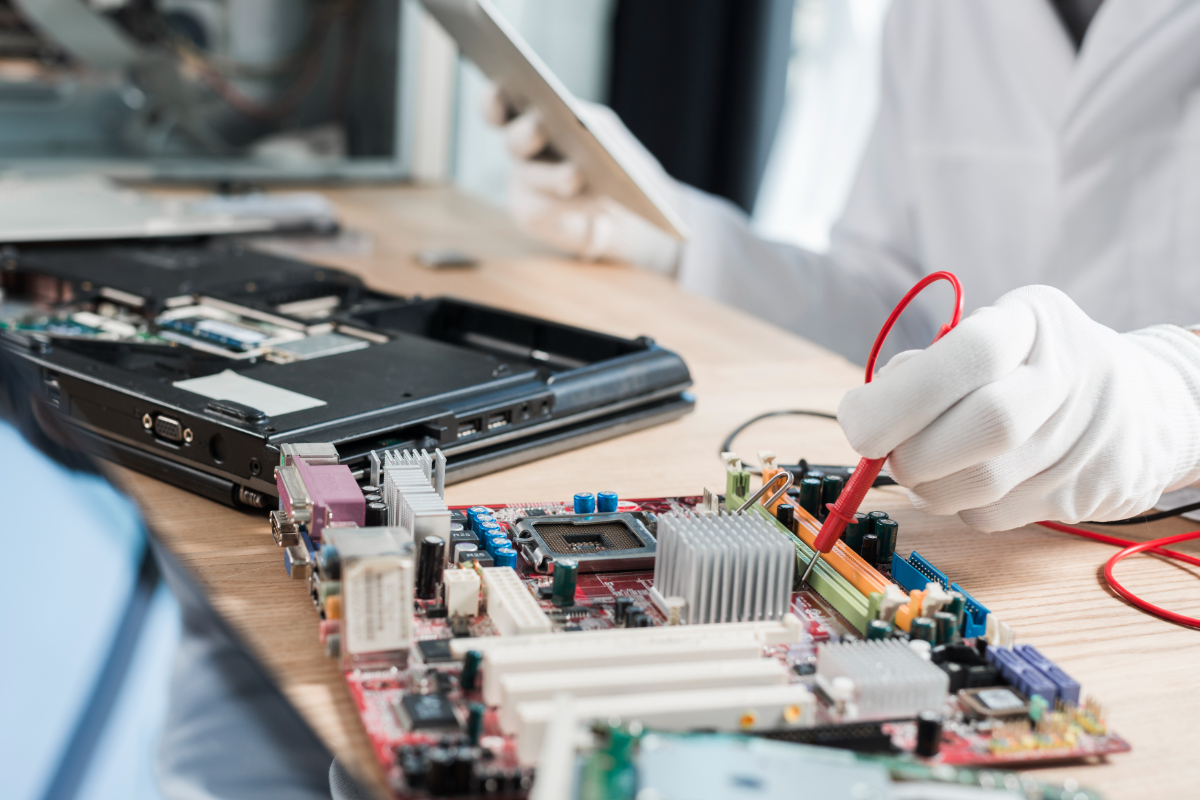 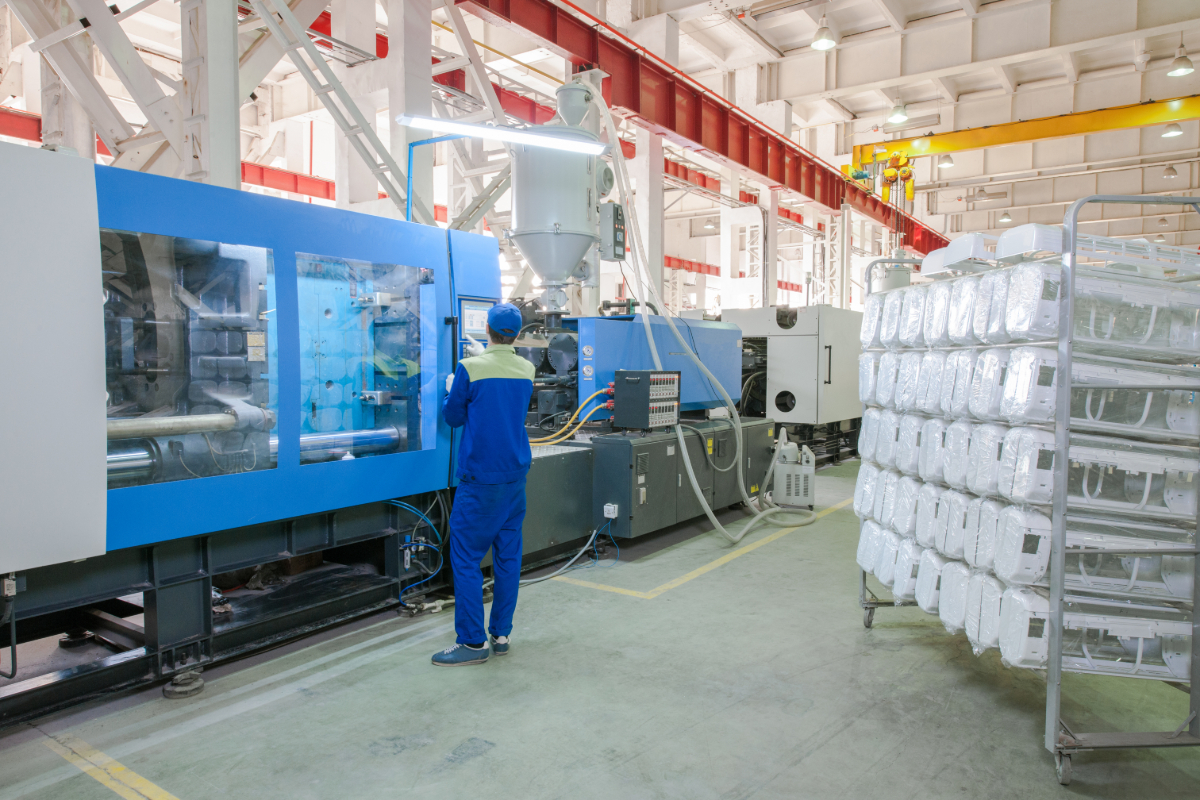 7 Factors of Manufacturability For Plastic Parts 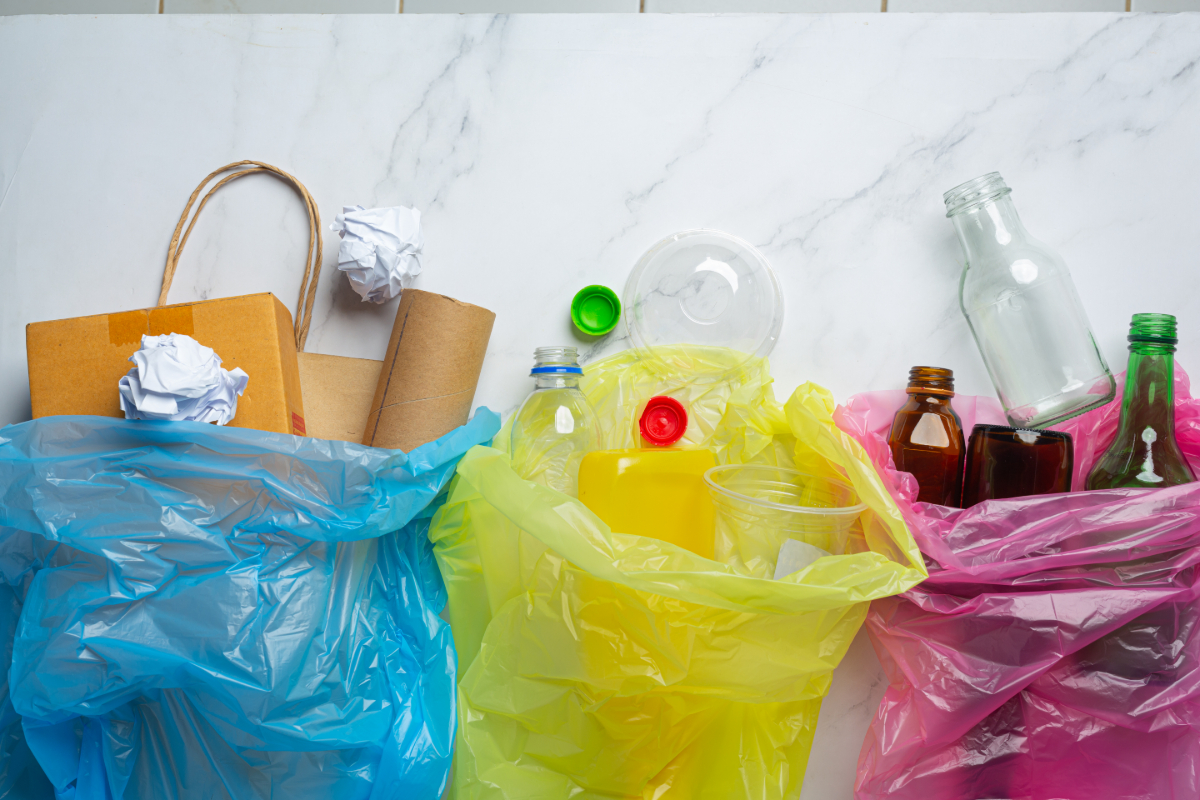 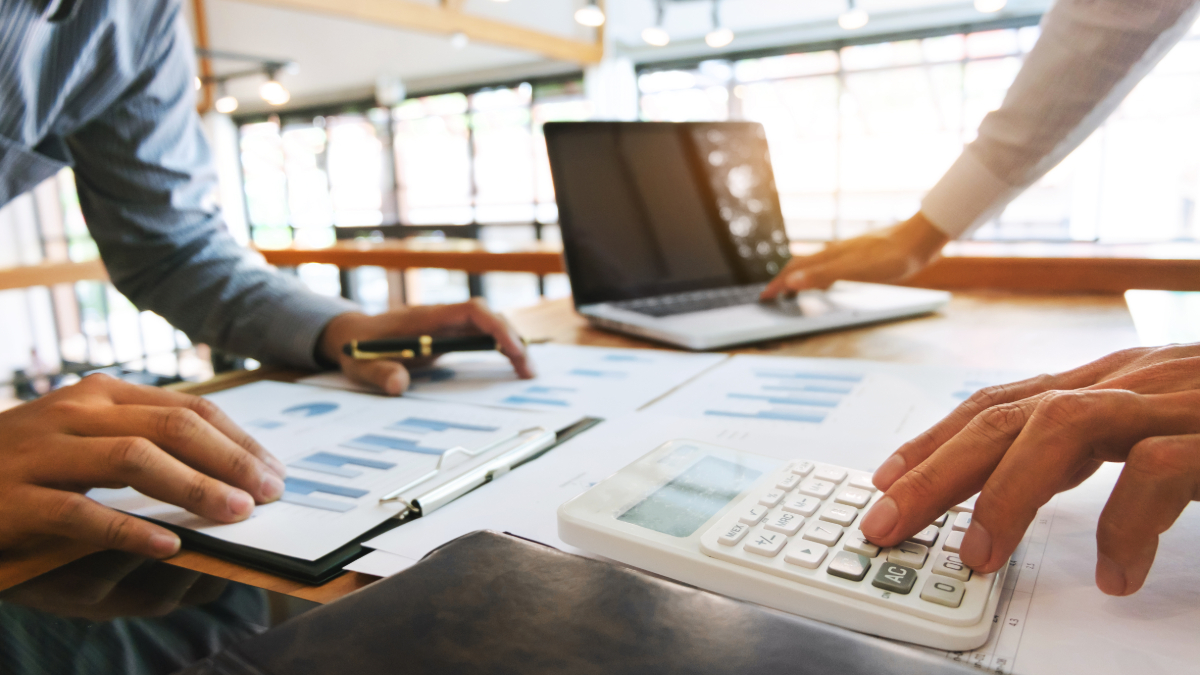 7 Ways to Lower Plastic Injection Molding Costs in the USA 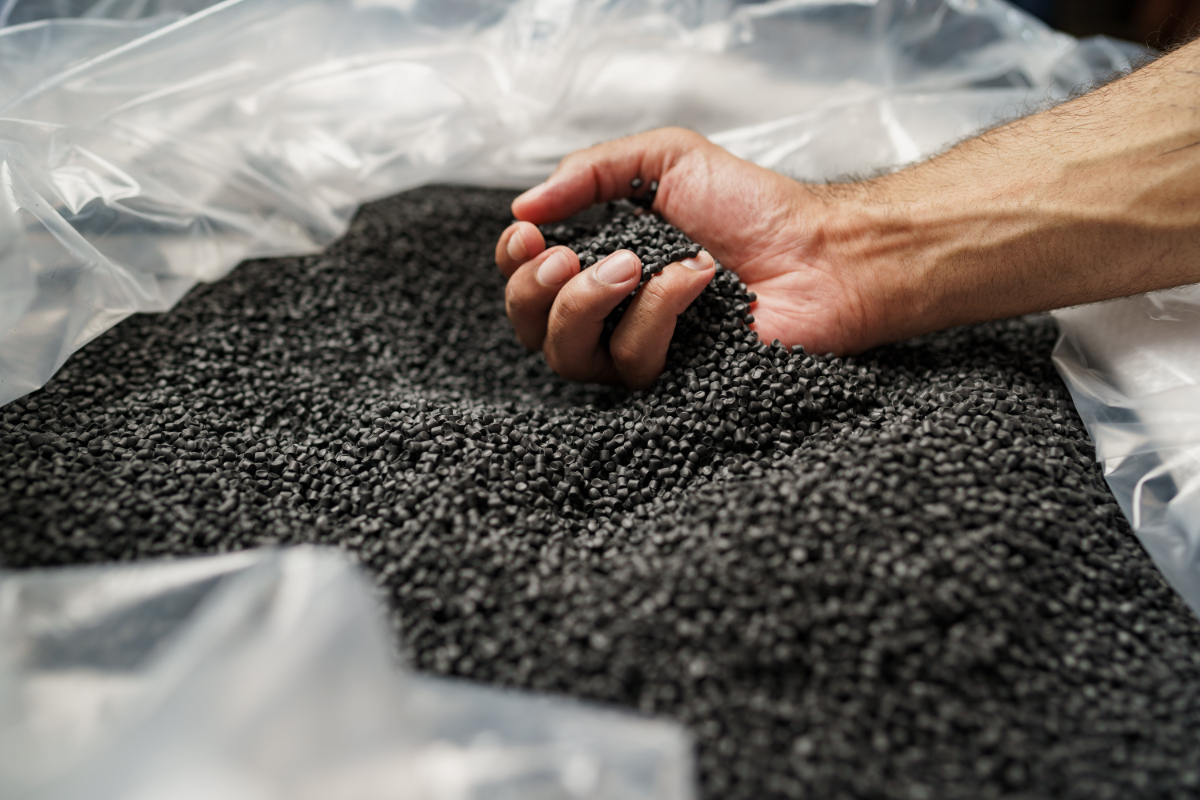 How to Gain Advantages for your Plastic Parts